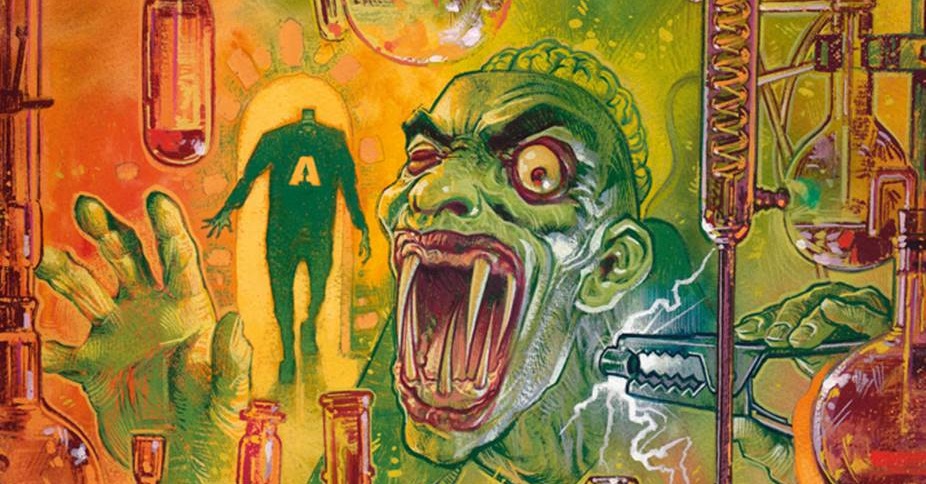 Bleary-eyed and sore-bottomed, Frightfesters awoke this morning to begin the zombie-shuffle back into real life after four and a half days feasting on fresh genre films. It was a bit of an odd year, with several entries that can’t really be classified as horror (or even thriller or sci-fi), but you won’t hear me complaining; good cinema is good cinema. Over the course of the festival, I took in 22 feature-length films. Of those, here are my top ten favourites.

This unique horror film, set in a Lithuanian shtetl, is billed as a ‘Jewish Frankenstein’. To protect her community from outsiders, Hanna uses a Kabbalah text to conjure a golem, with predictably Promethean consequences. It’s a familiar story set in an unfamiliar context, and unlike Frankenstein’s monster, it’s put together well and looks beautiful.

In a 1960s Magdalene laundry, ‘disgraced’ women live in servitude under abusive circumstances. To make matters worse, paranormal disturbances plague the house, prompting two priests to lead an investigation, faithfully recorded on 16mm. This is an impressive film that does a lot with very little and manages to bring home the true horror of these real-life institutions without falling prey to too many found-footage pitfalls.

Compared to the outrage that violent horror films can provoke, the theatre is often viewed as more artful, sophisticated and restrained. However, such a view ignores the graphic on-stage brutality that took place each evening at the Grand Guignol Theatre in 1930s Paris. Paula Maxa was its most celebrated star, having been murdered 10,000 times in over 60 different ways, and not a single scar on her. This film, coming soon to Netflix, tells her life (death?) story faithfully, while taking some entertaining liberties with the facts.

When would-be drug dealers Tilda and Petula get busted, the two fugitives hide out in the mansion of childhood friend Daphne, who never stopped playing make-believe and tea parties. They are forced to play along with her delusions, no matter how twisted. This is a strange and divisive film, but I loved the baroque, feminine aesthetic – all rosy hues, lace and cracked bone china – and it was just shocking and original enough to make me overlook some of the more questionable plot choices.

It’s a zombie-teen-comedy-Christmas-musical. What more do you need to know? Unless you love musicals, you’ll have to be patient during the first half hour, but charismatic characters, great gags and heartfelt moments ultimately make for a satisfying dose of holiday cheer.

Plagued by urges to use an icepick for more than just bartending, a family man decides that the only way to get rid of temptation is to yield to it. However, his plan is thrown off course when the escort whom he intends to pierce has some surprises for him. The film lacks the psychological insight and weighty themes of Ryu Murakami’s novel, but compensates with a strong neo-giallo style that complements the confusion that results from removing characters’ inner monologues. This is a rare case in which I’d recommend seeing the film first and then reading the book for maximum enjoyment of both.

In a future where technology controls every aspect of life, Grey, newly quadriplegic, is implanted with a computer chip that bridges the gap between brain and spine, reviving his former strengths and then some. Of course, he soon discovers that being an übermensch has its drawbacks. It’s like a wittier, more self-aware Minority Report.

I did not expect to leave FrightFest claiming a 2-hour non-horror movie about battle rap as one of my favourites, and yet here we are. It’s about a graduate student who is writing his thesis on the poetry of battle rap and decides to try spitting some bars of his own, provoking admiration and outrage in equal measure. This audacious film entertains and educates while taking a bold, honest look at both racism and PC culture.

The team that brought you Turbo Kid is back with another festival favourite, in which normal-kid Davey comes to believe his next-door neighbour is a notorious serial killer and enlists his crew of misfit friends in his investigation. Sure, it might ride the Stranger Things wave of eighties horror nostalgia, but dammit, I refuse to accept that as a criticism. It’s sweet but not cloying, and even has some dark surprises. 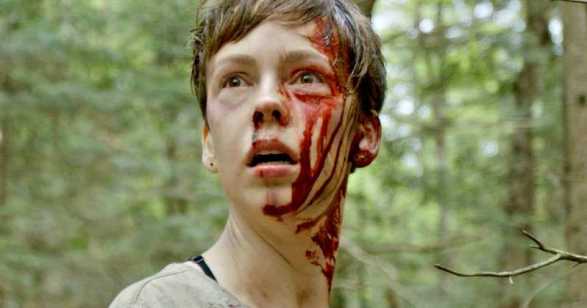 Jules and Jackie are celebrating their one-year anniversary at a cottage in the tranquil forests of Muskoka where Jules spent her childhood summers. When an unexpected visitor reveals clues to Jules’ past, Jackie quickly realises how little she knows about her wife. Fear is personal, and this film is my number one pick because it is exactly the kind of story that will have me white-knuckling my armrest every time. Once it gets going, it never lets up. The scenery and cinematography are gorgeous, and the two lead performances are strong enough to support every twist in plot and character.